​The argument in favor of Dorothy Gale is that the phrase does not refer to Judy Garland herself (“friend of Judy”) but rather to the character she played in the MGM movie. Since the three companions who were her friends in the movie were all non-macho males, they could collectively stand for gay men. Further, “friend of Dorothy” is a coded expression, the meaning of which is known only by those familiar with the gay subculture. Thus the Garland explanation of “friend of Dorothy” represents the nexus of gay male culture, the cult of Judy, and the fact that the MGM movie is a gay favorite.

Garland probably became a gay icon during the 1950s, more than a decade after she starred in the MGM film. After being fired by MGM, Garland tried to kill herself in 1950. And because she couldn’t work in movies, she began to give “dazzling” concerts. This comeback was part of her appeal. Gay men were among the most ardent and vociferous members of the audiences at Judy’s concerts. Seeing one another in these public spaces helped them feel part of a community. But there are other Dorothies that have also been proposed as the origin. 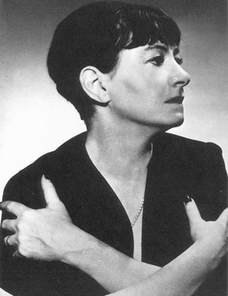 One possibility is Dorothy Parker. Parker certainly has her gay bona fides. Many gay men admired her bitchy and clever remarks and writing. She married the bisexual Alan Campbell twice and lived with him a third time, and she had warm relationships with gay men such as Alexander Woollcott, George Oppenheimer, and Clement Brace. She also liked Truman Capote much more than the macho Norman Mailer, appreciated Capote’s writing as well as that of E. M. Forster, and visited Christopher Isherwood and Don Bachardy.

There are two eras when Parker spent a lot of time with gay men: circa 1933 in New York City and circa 1961 in Los Angeles. Gay men would have been aware of Parker’s genius in 1933 New York, when she was publishing poems and short stories and was a member of the Algonquin Round Table. While she might have been less famous in 1961, she still had plenty of gay admirers in West Hollywood. Parker had a love/hate relationship with gay men: she sometimes put them down in her writing and behind their backs. Given the times, however, her mixed feelings are not entirely surprising. And if gay men idolized Parker in spite of her ambivalence toward them, it wouldn’t be the first time that gay men fed the hand that bit them.

Another minority candidate for the original Dorothy is Dorothy King, a socialite in early twentieth-century London. According to one source, the gay men who congregated at her soirees eventually used the expression “friend of Dorothy” as a way to identify each other.
Dorothy King flourished around the turn of the century. Dorothy Parker was in her heyday in the 1930s and 40s. Judy played Dorothy Gale in 1939; she probably became a gay icon in the 50s, and her iconic status was strong in the 60s, 70s, and 80s. Dorothy Dean had her salons in the 70s. If references are found to the phrase before 1939, that would eliminate the Judy-as-Dorothy explanation. In fact, for the phrase to be used by GIs during the time of American involvement in World War II (1941–45) and refer to Judy as Dorothy, the movie would have had to appeal not just to individual gay males but to those who had enough of a connection to gay culture to know that the movie was something special to gay men collectively. It seems unlikely that a shared knowledge of the movie’s appeal could have existed just a few years after the movie’s release in 1939. If the phrase wasn’t used until the 50s, the Judy derivation would make more sense, because Judy Garland had become an adored entertainer for many gay men by that time.
​
Most of the people I’ve talked to, and the editors of the slang dictionaries that list it, assume that the expression refers to Dorothy Gale as played by Judy Garland in the MGM Wizard of Oz. It’s amazing that so many people have converged on that explanation without hard evidence. But the Oz resonance is a strong one; we want the Judy explanation to fit. 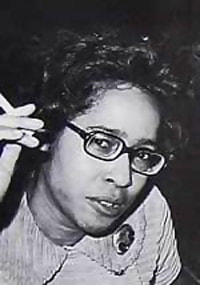 Dorothy Dean—another possibility—was a well-connected woman who preferred the company of gay men when she was a student in Cambridge, Massachusetts, in the 1950s and in the New York City literary and art world from 1962 to 1980. She was profiled in a New Yorker article, “Downtown Chronicles: Friends of Dorothy,” and the title of the article alone seems to have given rise to the theory that Dean is the Dorothy in question.

Of course it may be that the expression does not refer to any of these Dorothys—Gale, Parker, King, or Dean—or, in fact, to anyone in particular.

Pinning down when the expression first appeared might help settle the question. Some people claim that it was used by soldiers in World War II. The writers Ben Brantley, Michael Bronski, and Randy Shilts all assert without evidence that “friend of Dorothy” was used in the 1940s, 50s, or 60s. After having looked at scores of reference sources and been in touch with gay historians, linguists, and folklorists in an attempt to track down the origin of the expression and the dates when it was used, I doubt that it is so old.

“Friend of Dorothy” does not appear in the many sources in which one would expect to find it. None of the eleven lists of gay slang that were published between 1941 and 1988 list the term. Neither does it appear in the seven empirical research studies published between 1965 and 1986 that have documented gay slang. The phrase also does not appear in six academic discussions of gay codes and coded language published from 1976 to 2006. One would think that if use of the expression was part of the subculture generally, it would be noted in at least one of the many published lists of gay slang, research studies on gay slang, or discussions of gay codes and language. Of course, the fact that something is not listed doesn’t prove that the term was not in use at the time. And slang is, by nature, spoken rather than written. But the lack of evidence is certainly startling.


​
For bibliographic citations and a larger discussion, see chapter 9 “Oz and Judy in Gay Folklore” and Appendix F “The Origin of Friend of Dorothy” in my book.