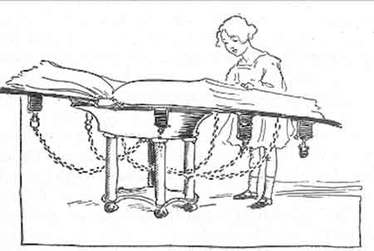 ​The MGM Wizard of Oz and the Oz books have many devoted and lifelong fans. Scholars and popular writers mention that gay men love Oz, and may offer superficial explanations for the phenomenon. And gay writers or interviewees offer reasons why they themselves love the MGM film. But until now, no research has been done on why the movie and books exert such a powerful hold on Oz fans, gay or not. Friends of Dorothy contributes to scholarship in several ways. First, Friends of Dorothy contributes to GLBT studies by shedding light on the sensibilities of gay men, and the inner lives of gay boys. Second, Friends of Dorothy is part of the literature on The Wizard of Oz, being the first work to look at Oz fans in any detail. Third, by analyzing how gay readers and viewers construct their own meanings from the MGM film, the Oz books and other stories set in the Land of Oz, it is part of a small but growing literature of data-based cultural studies and literary criticism.

Gay Studies
Recent scholars have analyzed stories with GLBT content for children and young adults, and done ‘queer readings’ of stories without explicit gay content [Tison Pugh, Innocence, Heterosexuality, and the Queerness of Children's Literature  (Routledge, 2011); Thomas Crisp, “From romance to magical realism: Limits and possibilities in gay adolescent fiction,” Children's Literature in Education, 2009; Melynda Huskey, “Queering the Picture Book,” The Lion and the Unicorn, 2002]. Over the Rainbow: Queer Children’s and Young Adult Literature [Michelle Ann Abate and Kenneth Kidd, editors (University of Michigan, 2011)] refers to Oz in the title and includes Tison Pugh’s “’There lived in the Land of Oz two queerly made men’: Queer utopianism and antisocial elements in L. Frank Baum’s Oz series.” These kinds of queer views of children’s literature are often theoretical and playful, and may discuss the reception of texts in a theoretical way, but researchers in this area don’t talk to actual GLBT children or adults.
Gay men’s relationship with popular culture has been a topic of some scholarship. As part of Barbie’s Queer Accessories (Duke University Press, 1995), Erica Rand discusses cultural reappropriation of Barbie by lesbians and gay men. The relationship of gay men to Disney films and theme parks have been analyzed, too [Sean Griffin, Tinker Belles and Evil Queens: The Walt Disney Company from the Inside Out (NYU Press, 2000) and Jeffrey Epstein and Eddie Shapiro, Queens in the Kingdom: The Ultimate Gay and Lesbian Guide to the Disney Theme Parks (NYU Press, 2000)]. But amazingly, none of the eleven essays in A Queer Romance: Lesbians, Gay Men and Popular Culture, ed. Paul Burston & Colin Richardson (Routledge, 1995) mention The Wizard of Oz 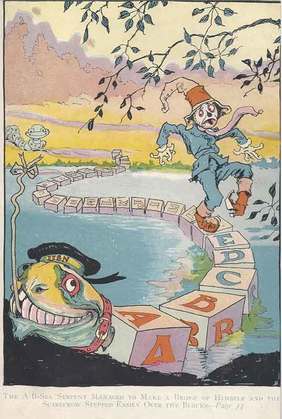 ​Many scholars have looked at gay men’s special connection with the performing arts. John Clum’s Something for the Boys (St. Martin’s, 1999) and D.A. Miller’s Place for Us (Harvard University, 1998) examine gay love of musical theater. Patrick Horrigan writes about what the Hollywood version of The Wiz meant to him growing up in Widescreen Dreams: Growing Up Gay at the Movies (University of Wisconsin, 1999). Gay men’s responses to movies more generally have been described in Clum’s He’s All Man: Learning Masculinity, Gayness, and Love from American Movies (Palgrave, 2002); Alexander Doty’s Flaming Classics: Queering the Film Canon (Routledge, 2000); Brett Farmer’s Spectacular Passions: Cinema, Fantasy, Gay Male Spectatorships (Duke University, 2000). William Mann has taken a more historical look at the gay sensibility in Behind the Screen: How Gays and Lesbians Shaped Hollywood, 1910-1969 (New York: Viking, 2001). While these writers occasionally quote gay consumers of texts, or anecdotal evidence, their studies are not data-based; they are mostly theoretical, based on the author’s own musings.

That gay men have a different way of being in the world, a gay sensibility, is a controversial idea, but some serious authors have supported this notion. In The Soul Beneath the Skin: The Unseen Hearts and Habits of Gay Men (St. Martin’s, 2002), David Nimmons synthesizes the evidence that gay men have a unique way of being. The 1939 MGM Wizard of Oz figures prominently in Jung, Jungians & Homosexuality (Shambala, 1991), Robert Hopcke’s analysis of what Jungian psychology can say to gay men. Will Fellows has hypothesized that gay men have a unique blended nature that combines aspects of what we think of as traditional or stereotypical male and female behavior [A Passion to Preserve: Gay Men as Keepers of Culture (University of Wisconsin, 2004)].

The literature of gay psychology and sociology includes early childhood memories of same-gender attractions [Ritch Savin-Williams, “ … And Then I Became Gay:” Young Men’s Stories (Routledge, 1998); George Appleby, Working-Class Gay and Bisexual Men (Harrington Park/Haworth, 2001); Joseph Harry, Gay Children Grow Up: Gender Culture and Gender Deviance (New York: Praeger, 1982)]. The internal lives of gay children have been discussed as part of larger works of gay psychology as well [Rik Isensee, Growing up Gay in a Dysfunctional Family: A Guide for Gay Men Reclaiming Their Lives (Simon & Schuster/Fireside, 1991); Richard Green, The ‘Sissy Boy Syndrome’ and the Development of Homosexuality (Yale University, 1987)]. However, most discussions of being a gay child are in the form of memoirs or reflections of growing up gay [e.g. Marlene Fanta Shyer and Christopher Shyer, Not Like Other Boys: Growing up Gay: A Mother and Son Look Back (Houghton Mifflin, 1996); Kevin Sessums, Mississippi Sissy (St. Martin’s, 2007); James Morrison, Broken Fever: Reflections of a Gay Boyhood (St. Martin’s, 2001)]. There is even now a subgenre of collections of extremely brief anecdotes [Robert Trachtenberg, ed., When I Knew (ReganBooks, 2005); Michael Zambotti, ed., Born Gay: Mom Should Have Known When ... (Alamo Square Press, 1998); Paul Vitagliano, ed., Born This Way: Real Stories of Growing Up Gay (Quirk Books, 2012)]. Friends of Dorothy contrasts with all of these by looking at the inner lives of gay boys through the social, emotional psychological and spiritual needs that Oz fills.

The major book-length study of gay folklore by Joseph Goodwin offers only anecdotal data; it is not systematic [More Man Than You’ll Ever Be: Gay Folklore and Acculturation in Middle America (Indiana University, 1989)]. The same is true of William Leap’s Word’s Out: Gay Men’s English (University of Minnesota, 1996). One chapter of Friends of Dorothy analyzes folkloric beliefs about Oz, Judy Garland and gay culture, examining both fan responses and previous research on gay slang and gay history.

Oz Criticism
Notable scholarly works about the Oz books include The Universe of Oz: Essays on Baum’s Series and Its Progeny edited by Kevin Durand and Mary Leigh (McFarland, 2010); Oz in Perspective: Magic and Myth in the L. Frank Baum Books by Richard Tuerk (McFarland, 2007 and Oz and Beyond: The Fantasy Worlds of L. Frank Baum by Michael Riley (University Press of Kansas, 1997). The Wizard of Oz by Suzanne Rahn (Twayne, 1998) focuses mostly on Baum’s Oz books, but devotes one chapter to the MGM film. There is a huge industry churning out books about all aspects of the MGM movie, for fans of the movie, and film buffs in general. Some well-known ones are The Wizard of Oz by Salmon Rushdie (British Film Institute, 1992) and The Wizard of Oz: The Official 50th Anniversary Pictorial History by John Fricke, Jay Scarfone, William Stillman (Warner Books, 1989). Aljean Harmetz’ 1977 The Making of The Wizard of Oz (Knopf) is still in print. More recent is The Wizard of Oz: An Illustrated Companion to the Timeless Movie Classic by John Fricke and Jonathan Shirshekan (Fall River Press, 2009). Neither the scholarly literary criticism nor the popular books about the film deal with the meaning of the story in terms of reader or viewer responses.
Two books have been devoted specifically to Oz in popular culture: Paul Nathanson’s Over the Rainbow: ‘The Wizard of Oz’ as a Secular Myth of America of 1992 (State University of New York, 1991) and Neil Earle’s ‘The Wonderful Wizard of Oz’ in American Popular Culture: Uneasy in Eden of 1993 (Edwin Mellen, 1993). Neither addresses the special and intense relationship gay men have with stories set in the Land of Oz, and neither is data-driven.

Reader Response Criticism
In traditional literary criticism, the reader of the work in question is not mentioned. Recent reader response critics write of ‘the typical reader’ or ‘interpretive communities’ in order to explain that the meaning of a given work can vary depending on who is reading it. But these critics rarely talk to real readers. Researchers in film and media studies investigate actual television and movie viewers somewhat more often. Since my methodology involves analyzing questionnaires filled out by actual Oz fans, the book adds to reader response criticism that is data-driven.

Richard Dyer solicited letters from gay male Judy Garland fans for an investigation of what makes Garland a gay icon [“Judy Garland and Gay Men” chapter in Heavenly Bodies: Film Stars and Society (St. Martin's, 1986)]. Janice Radway interviewed women who devour romance novels [Reading the Romance: Women, Patriarchy, and Popular Literature (University of North Carolina, 1984)]. Fans of Star Trek have been interviewed and described by Henry Jenkins [Textual Poachers: Television Fans and Participatory Culture (Routledge, 1992)] and Camille Bacon-Smith [Enterprising Women: Television Fandom and the Creation of Popular Myth (University of Pennsylvania, 1992)]. As part of her study of what draws people to read supermarket tabloids, Elizabeth Bird received letters from fans and interviewed them [For Enquiring Minds: A Cultural Study of Supermarket Tabloids (University of Tennessee, 1992)]. Ellen Handler Spitz asked small children about picture books she had just read to them, and also interviewed college-aged readers about their favorite childhood books [Inside Picture Books (Yale University, 1999)]. Kenneth Roemer drew upon classroom questionnaire responses in his analysis of Bellamy’s Looking Backward and other literary utopias [Utopian Audiences (University of Massachusetts Press, 2003)].
Writers have also dissected their own responses to literature and movies. These memoirs sometimes include recollections of reading, being read to, and viewing films as a child. Patrick Horrigan writes about what the Hollywood version of The Wiz meant to him growing up in Widescreen Dreams: Growing Up Gay at the Movies (University of Wisconsin, 1999). Francis Spufford explains the types of books that appealed to him at different ages [The Child that Books Built: A Life in Reading (Metropolitan Books/Holt, 2002)].
​
Summary
Friends of Dorothy is unusual is four ways. First, research on fans has rarely focused on gay readers or viewers. Second, writers on Oz have analyzed themes in the books and MGM film, but not from the point of view of actual fans. Third, scholars have written about the gay relationship to literature and the performing arts, but not from a reader/viewer response perspective. Fourth, most literary and film criticism focuses on one work, the works of one author, or works in the same genre, while Friends of Dorothy focuses on a cluster of works by more than one author, in many versions and formats. It is also worth noting that, rather than reducing the appeal of Oz for gay men to one factor or one theoretical framework, Friends of Dorothy is multidisciplinary and inclusive: many meanings and interpretations are explored in the lives of actual gay men. I also look at what Oz meant to these men when they were young boys. The idea that boys 3, 4, 5 or 6 years old might have a gay sensibility or unique way of being in the world may shock some, but it won’t surprise gay men.